Starting in 1991, I served on the President’s Council on Physical Fitness and Sports. For over a decade, I would work under 3 U.S. presidents, both directly on the Council and as part of a special commission. It was an amazing opportunity to work alongside wonderful people dedicated to making a positive impact on the health of Americans for generations to come. I made many lifelong friends there, including Hollywood action star, and former California Governor Arnold Schwarzenegger.

As you can imagine, Arnold’s larger-than-life on-screen characters are not too far from his real-life personality. He is genuinely confident, warm, and interested in people…and his good natured humor is always on display. Even the movie one-liners he is famous for are part of the way he interacts with others, showcasing his cleverness and fun-loving side. I recall once being in a room with Arnold and others when the lights went out. Someone asked, “What happened?” Without missing a beat, the “Governator” quipped, “It’s daaaark!” From anyone else, that wouldn’t have been funny, but when Arnold said it, we all burst out laughing.

As a teenager growing up in Austria, Arnold made up his mind to get to America and pursue his dream of becoming the greatest bodybuilder of all time.

But that wasn’t all he aspired to. Arnold also watched the 1961 movie Hercules and its sequels, starring Reg Park, a bodybuilding champ and Mr. Universe title holder. If Park could be the best in the sport and go on to become a movie star, there was nothing to stop Arnold from becoming a Hollywood legend.

That didn’t mean it was easy. His parents didn’t understand his obsession with this “odd” sport, preferring that he choose a traditional job (and life) in Austria. Those who knew of his extraordinary ambitions would try to dismiss them as impossible. He would often hear that “no one has ever done that” or “You can not go to America, you think they’re going to wait for an Austrian farm boy over there?” In other words, there was no clear path for his dreams, except the vision he had for his own life and the dedication he would put into making it all a reality.

By the age of 20, he won his first Mr. Universe title. A year later, barely speaking any English, he moved to the United States. He quickly achieved his goal of greatness, winning three consecutive Mr. Universe titles, followed by 7 total Mr. Olympia titles.

“Bodybuilding is much like any other sport. To be successful, you must dedicate yourself 100% to your training, diet and mental approach.“

From Bodybuilding Stage to Silver Screen

Even with the tremendous success he enjoyed as a recognized bodybuilding champion, he was still far from movie stardom. Still, no one around him really saw a a future for him making movies. His English was still heavily accented, and his muscular physique was out of the ordinary. But Arnold kept pushing even harder towards his dreams of becoming a Hollywood star.

That first break came when he was offered the lead role in Conan the Barbarian, in 1982. He would go on to bigger action film roles, and even surprise hit roles in comedies.

Some of the most famous movie quotes – and unforgettable movie moments – wouldn’t exist today if Arnold had given up when challenges or obstacles appeared. Whatever the naysayers said to discourage him or to steer him in another direction didn’t matter in the end, because Arnold had the inner strength to make the impossible…possible.

Through my friendship with Arnold Schwarzenegger, I’ve had many opportunities to learn from one of America’s greatest success stories. Every day, and in every one of his pursuits, he conducts his life by the belief that, “There is NO SHORTCUT to success, just good old-fashioned HARD WORK!”

Another thing that really impressed me was his attention to detail in any decision or action. There seemed to be no small fact or concern that escaped his consideration. For example, I once asked an Austrian friend to help me come up with a gift idea for Arnold. She recommended an authentic Austrian hiking hat, which she explained symbolizes fitness and vitality. Given Arnold’s well-known heritage – and his fitness accomplishments – that sounded perfect. My friend’s mother, back in Austria, helped me purchase a beautiful hat, which she shipped to me along with some Austrian pins on one side. As soon as I received it and saw the pins, I added Bush/Quayle campaign pins to the other side (Arnold has always been a Republican). When I presented it to Arnold, he broke out in his famous 1000-watt grin. He was truly pleased and grateful, and I knew he had appreciated the gift. 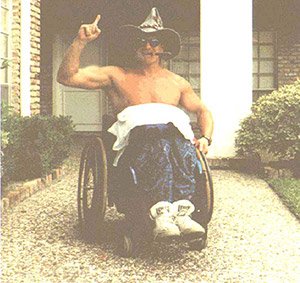 To my good friend Arnold Schwarzenegger, an Austrian hiking hat. Presented: At the Republican Convention. From Kevin Saunders

After many years had passed, I had the opportunity to visit him in Santa Monica. Off the side of his office, was a room that was set up to duplicate a small, quaint Austrian home. I noticed how neatly everything was arranged, when I caught something out of the corner of my eye. There, sitting on a shelf, was the Austrian hiking hat I’d given him so long ago. I had completely forgotten about it, but was impressed to see that every pin was still on it and it looked even better than when I’d presented it to him. What could have been a meaningless gift to anyone else, was truly significant to Arnold. That revealed something deeper about his character and class.

Even though he had never considered politics or served in office during the first two acts of his life, Arnold decided to go into public service. In 2003, he became the 38th Governor of California.

Arnold Schwarzenegger is an extraordinary human being, no doubt about it. But as unique as he is, none of his accomplishments came easy. He had to focus on his goals, work hard, adapt to obstacles and believe in himself every step of the way.

So, if you have big plans in 2018, here are a few quotes from Arnold to help you strengthen your success habits:

“Strength does not come from winning. Your struggles develop your strengths. When you go through hardships and decide not to surrender, that is strength.”

“For me life is continuously being hungry. The meaning of life is not simply to exist, to survive, but to move ahead, to go up, to achieve, to conquer.”

“That chance that you won’t succeed doesn’t even enter into your mind!”

Keep Going for the Gold! 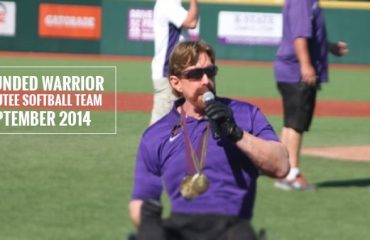 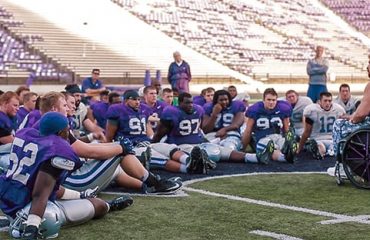 What are your commitments for the NEW YEAR? 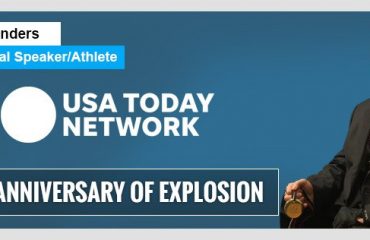