In Honor of D-Day Heroes

This week marked the 75th Anniversary of D-Day, the historic day on which over 160,000 Allied troops landed in Normandy during World War II. Nazi Germany had already swallowed up most of Europe, and the D-Day invasion was the first step in fighting back their advance, and ultimately defeating them.

Led by General Dwight D. Eisenhower, over 5,000 ships and 13,000 aircraft were deployed that day, with a mission to turn the tide. On D-Day, Allied forces suffered a large number of casualties, with over 9,000 killed or wounded. By the end of the Battle of Normandy, that figure was 209,000. The cost in human lives would only grow between D-Day and Germany’s surrender in May 7, 1945.

Those who fought or contributed to Allied victory in the Second World War were labeled “the Greatest Generation”, and it’s easy to see why. They lived through the Great Depression and then fought tyranny in Europe and the Pacific.

Seventy-five years later, there are fewer among us, but their legacy is one we should never forget. In answering the call of duty, they risked their lives and their personal dreams. They were as scared as any of us would be faced with this situation, but found the courage to show up and defend our freedom and the lives of others.

How Can We Honor Their Sacrifice?

It’s not for me to tell you how to honor these heroes, but here is what moves and inspires me about them.

Those traits have inspired me every day. They are what drove me to recover after surviving the grain elevator explosion They are what pushed me from recreational sports into elite Paralympic and World Championship competition. And they are what made me want to give back to others, through philanthropy work with youth and the disabled, and service to my country through the President’s Council on Sports, Fitness & Nutrition.

Your journey is going to be different, and I know many of you who are living examples of these traits. For those who are searching, just think about how you can be more accountable, willing to work hard, and put the needs of others first and you’ll find ways to honor this legacy in your own unique way.

KEEP GOING FOR THE GOLD! 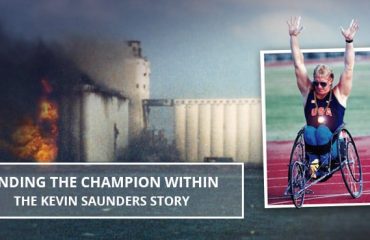 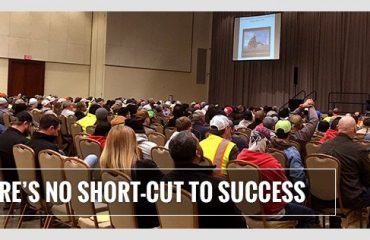