I’m pleased to announce the recent launch of my Revolutions Newsletter! Through this newsletter, my goal is to help inspire and motivate you so that you can raise the bar for your continued success in life. Read the newsletter (and don’t forget to subscribe)! 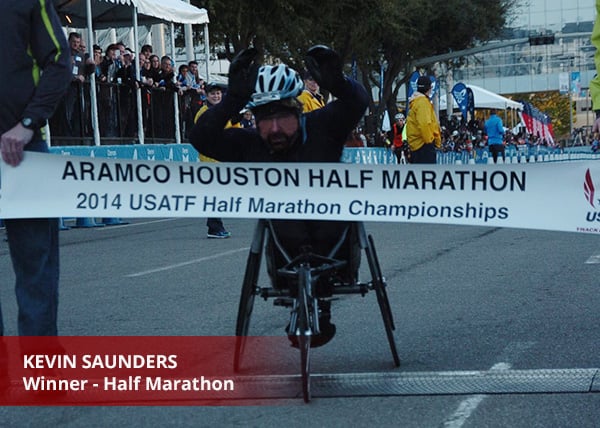 Have you noticed that some people, whether individuals, teams or companies, never get respect? If they’ve never closed the big deal, or won the national championship, or even if they’re considered “past their prime” – others don’t even give them a long-shot chance to win a big contract, game, title or race. This year I won the 2014 USATF Half Marathon Championships. It took over a full year of training hard, putting myself through grueling 2 to 3 hour workouts to make it happen. My training partner was a 26-year old personal trainer in Houston who played football for Texas State at Offensive Line and was a pulling guard who had that quickness and power to help lead the blocks for the running play. He was a big part of my preparation because I made it a goal to run him into the ground every single workout.

Whether we were lifting weights or speeding down the road – him in a bike, me in my racing wheelchair – I understood that I had to give my all so that each workout would bring me closer to my race goals. I knew I was on target when he’d comment that my speed seemed to be doubling every day!

A small selection of medals Kevin won in international competition

This is the mindset I developed on my way to being recognized as a “World’s Greatest Wheelchair Athlete.” We need to stick to our commitments in order to give essence to our lives, and to accomplish anything worth pursuing. I was able to align my mind, body and spirit as I prepared for this prestigious race. What made me the 2014 USATF Half Marathon Champion will also take you towards your biggest goals and dreams!

People tend to think of success as a stroke of luck, something that will descend like fine weather if you’re fortunate. But success is the result of personal effort. You fight for it, strive for it, insist upon it. You have to participate relentlessly!

I’m blessed to be able to share my blueprint for success through my ongoing speaking engagements. I’m bringing this message to business leaders, college students and school age children. I believe it’s never too early – or too late – to be reminded that our beliefs, personal commitments and daily efforts are where success starts.

At this moment I’m in Kansas, working with the 2014 Kansas State Wildcats as a motivational speaker and motivational coach. There, my focus is on helping the players reach for incredible goals in all they do! GO, 2014 Championship Wildcats! Keep raising the bar at practice to be better than ever before! You’re teaching the rest of us what it means to be a real winner in life through the work and sacrifice you put in every day to reach your commitments. EMAW! 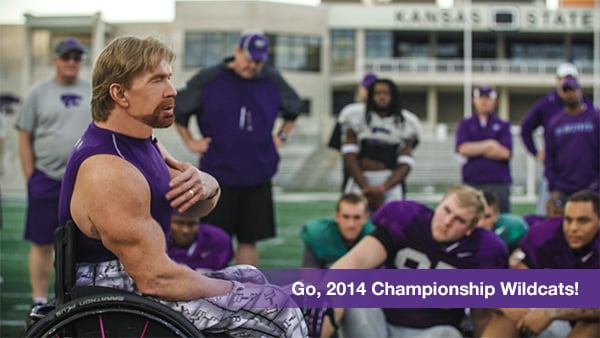 Keep reaching for the highest goals you can reach, by continuing to push yourself out of your comfort zone and don’t be afraid to think out of the box! Never be afraid to fail because you’ve already set your commitments to be successful. When you let fear in, you waste precious energy and effort. Instead, apply that same energy towards reaching your goals and making them come true when you make the impossible…possible! When most people would never give you a chance to succeed – use this as fuel to work harder and smarter and sacrifice more than ever before to make your dreams a reality! Then go out and give your all and become more successful than ever before.

Wishing you success in ALL you aspire to achieve!