Today marks the end of Workers’ Memorial Week (April 22-29). During this week we honor the many individuals who have lost their lives while on the job. If you think workplace fatalities are “few and far between” it’s time to look at some hard numbers. 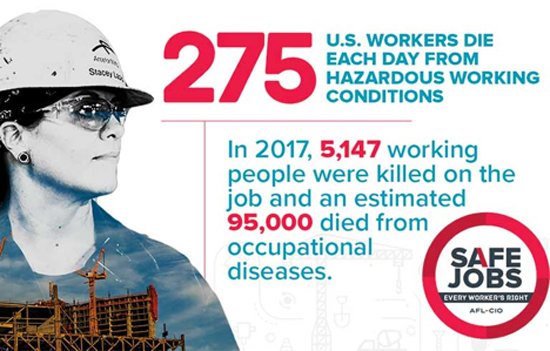 According to the 2019 edition of the AFL-CIO report on workplace safety, the death and injury toll is far greater than most people would imagine. The report includes data from 2017, during which 5,147 deaths were recorded. An additional 95,000 deaths were attributed to on-the-job illnesses. That means over 100,000 US workers lost their lives in 2017 due to hazardous working conditions.

Every company out there needs to take notice of this alarming number, especially when a large number of these fatalities can be prevented. After all, employers have a legal obligation to provide safe working conditions, regardless of industry.

Mark Vergnano, CEO of Chemours Co., stated, “Drawing national attention to this issue helps focus all stakeholders on significant ways that we can improve employee safety. Let’s honor those lost by doing more to protect the workers of tomorrow.” 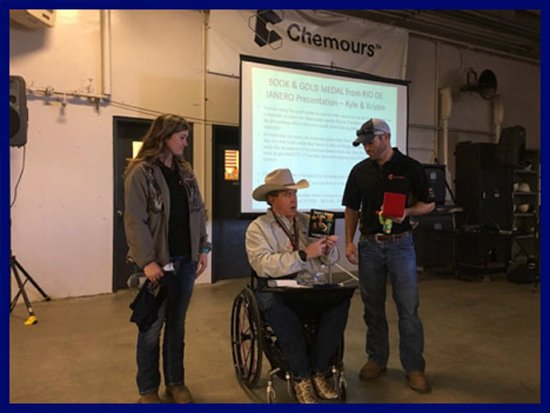 Kevin spoke at Chemours Ingleside Plant, presenting team leaders with “challenge coins” to inspire them to step up to the next level when it comes to being successful on the job and putting Safety First always.

I had the privilege of speaking at the Chemours Ingleside Plant, and saw firsthand that they are Safety Champions in everything they do. That they observe this week and make a call for other companies to protect workers is a sign of their leadership when it comes to Safety.

I challenge all employers to follow the example set by Chemours Co.:

In other words, BE SAFETY CHAMPIONS.

June is National Safety Month. If you’re looking for an experienced, effective Safety Motivational Speaker to educate and inspire your organization, contact us to learn more about hiring Kevin Saunders for your event.